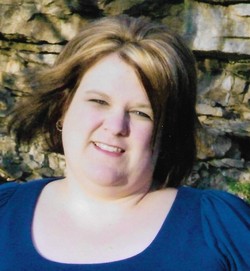 She was born May 8, 1978 in Joplin, Missouri, to Richard and Cindy (Mayes) Sloniker and is preceded in death by her parents.

Sara graduated from Carthage High School class of ’96. She continued her education and attended beauty school and became a hairdresser. Sara enjoyed vacations, massages, dogs, casinos and laughter. She was the world’s greatest Mom.

She married Zach on April 19, 1997 and he survives. She is also survived by her two daughters, Sydney Rose Holden and Sammi Kaye Holden; two sisters, Amanda Qualls, and Annie Sloniker; in-laws, David Holden, Janette and Steve Cooper; as well as a host of nieces, nephews and friends.

Memorial services will be 7:00 p.m. Friday, December 22, 2017 at the Hedge-Lewis-Goodwin Funeral Home with Mike Cloud officiating. The family will receive friends at 6:00 p.m. Friday prior to the service.

In lieu of flowers contributions are requested to the Holden Family Memorial Fund and may be sent in care of the funeral home.
Posted by Randy at 7:22 AM