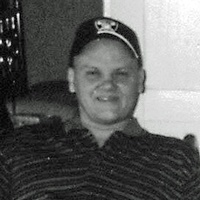 Kent retired as a machinist at F.A.G. Bearing.

Survivors include his parents, Keith and Terry Snyder of Carl Junction and a brother, Chris Snyder of Joplin.

Funeral services will be held at 11:00 a.m. on Monday, October 30, at Frisco Church of Webb City, with Rev. Matt Snyder, officiating. Visitation will be held at 10:00 a.m. until service time at the church. Memorial contributions are suggested to the Arthritis Foundation and may be left in care of the mortuary.

Funeral arrangements are under the direction of Parker Mortuary, Joplin.
Posted by Randy at 7:39 AM