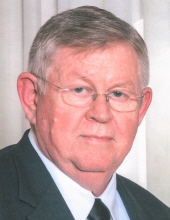 Richard J. Collins, 67, Webb City, MO, passed away October 18, 2017 at Mercy Hospital, Joplin, with his family surrounding him with love. Richard Jay Collins was born on March 6, 1950, and was the son of Marcella Mizner. He graduated from El Dorado Springs High School, Class of 1968. He received a Bachelor of Science in Agriculture from the University of Missouri-Columbia in 1972. Thereafter, he attended the University of Missouri-Columbia School of Law, was a member of the Missouri Law Review,and graduated in 1974. He was inducted into the Missouri Chapter of the Order of the Coif in 1975.

Richard was an attorney for 42 years and practiced in Jasper County, Missouri. He was partner of the Law Offices of Collins, Webster & Rouse, P.C. He was a member of the Missouri Board of Governors for eight years. He was also a longtime member of the Good Shepherd Lutheran Church of Carthage and served as an elder. Richard married Jo Collins on July 12, 2008; she survives.

He was preceded in death by his grandparents, Homer and Ava Collins.

He was a quiet man who enjoyed cooking for his family, holidays, and family traditions.

Visitation will be held 2-3 pm, Sunday, October 22, 2017 at Good Shepherd Lutheran Church, 8975 County Lane 170, Carthage, MO 64836. Funeral services will follow the visitation at 3 pm. Minister Silas Mehl will officiate. Interment will follow the service at Good Shepherd Cemetery, Carthage. In lieu of flowers, memorial gifts are suggested to Good Shepherd Lutheran Church or charity of choice in care of Knell Mortuary, Carthage. Online condolences may be expressed through www.knellmortuary.com. Arrangements are under the direction and personal care of Knell Mortuary.
Posted by Randy at 3:47 PM