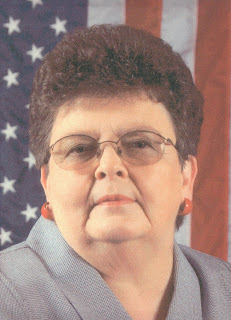 Jean was born May 5, 1943 in Irwin to Harvey and Iva (Greer) Mayfield. She graduated Lamar High School in 1961 and on June 16, 1963 she married Bob Keithly and together they raised two children. She had worked at Lilly’s Dept. Store, ASC Farm Bureau Office, and the Lamar School Cafeteria. In 1985, she began working as the Deputy Recorder of Deeds for Barton County. In 2003, she was elected to the office of Barton County Recorder of Deeds and worked until her retirement in 2006, serving Barton County for 22 years. She was an active member of the Lamar United Methodist Church and a volunteer at the hospital.