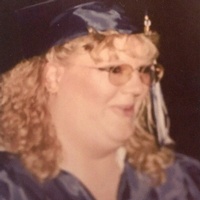 Melba was born May 18, 1964 in Durham, North Carolina to Faye Humphries and the late Jerry David Guy, Sr. and had lived in the Joplin area most of her life.

She graduated from Crowder College, Neosho and worked at Freeman Health Systems as a phlebotomist for six years. She enjoyed gardening and spending time with her family and grandbabies.

Melba married Robert Hitchcock on October 11, 1991 in Neosho. He survives at the home.

In addition to her father, she was preceded in death by a brother, Percy Lynne Nelson.

Melba was a wonderful daughter and mother and will be dearly missed.

Cremation arrangements are under the direction of Parker Mortuary.
Posted by Randy at 8:45 AM