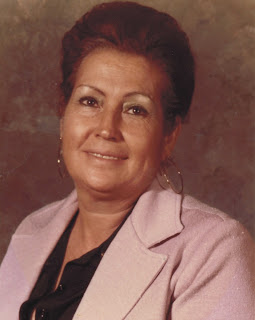 The world lost a beautiful woman and a one-of-a-kind soul with the passing of Sondra "Sandy" Bottorff, 84, of Joplin After a Christ-filled life she made her way to her final home just after midnight on January 12, 2017. At that moment she was reunited with her parents, siblings, husband and all her children in a glorious meeting.

Sondra was born in 1932 as one of six children to the union of Grady F. Beckham and Amba M. Gilbert-Beckham in Joplin. She graduated from Joplin High School in 1950. She married the late Clyde Hill in 1954 and had three amazing children who have gone before her, Darlene, Marla and Patrick. In 1978 she married Kenneth Bottorff and was widowed in 1990.

She is survived by her four grandchildren and her 10 great-grandchildren (and five great-great-grandchildren). Darris Hill of Southwest MO and his children LaShaunda (Daronte, Michael & Kushaun), Darien (Max), Darris Jr & Dezi. Ambii Hill-Taylor of Kansas City and her children Brian, Brice & Brylon. Jamelle Hill-Hamlett and wife Tameka Hamlett of Chapel Hill, NC and their children Jamaris (Eryn), Asia & Angel. And DeLisa Hill, her best friend and granddaughter, of whom cared for her these past five years in the twilight of her life. She raised DeLisa and thought of her as a daughter.

To assist the family by offsetting costs, contributions can be made in her name to Ozark Memorial Park.

Sondra's body has been entrusted to Ozark Memorial Park for cremation. Due to the inclement weather, a celebration of life will be planned for at future date.
Posted by Randy at 8:21 PM