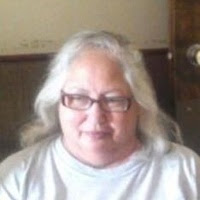 Glenna Jane Terry, age 72, Carl Junction, passed away peacefully in her sleep at 7:00 a.m. on Tuesday, July 2, 2019 at Freeman Hospital, after her battle with pancreatic cancer.

She was born on January 5, 1947 to Glen and Betty Folk in Tulsa, Oklahoma. She grew up in Coffeyville, Kansas and graduated in 1965.

In addition to her parents, Glenna was preceded in death by two children, Benita Kay Cutshall and Richard Allen Cutshall.

Glenna started working at the former Oak Hill Hospital in 1978 in the dietary department. She later went back to school for nursing and moved to the O.B. department at Oak Hill, where she worked until the merger with Freeman Hospital. She then moved to the birthing center until her retirement in April of 2018.

She loved working at the hospital and considered all of her co-workers and friends throughout the years to be her family. Glenna was also a proud member of the Moose Lodge in Joplin for many years.

A celebration of life is planned for Sunday, August 4 from 11:00 a.m. until 2:00 p.m. at the Community Center at Southwest Missouri Bank, Stones Corner, Joplin. In lieu of flowers, memorial contributions may be made to the Glenna Terry Benefit, in care of any SMB location.

Arrangements are under the direction of Parker Mortuary.
Posted by Randy at 5:00 PM