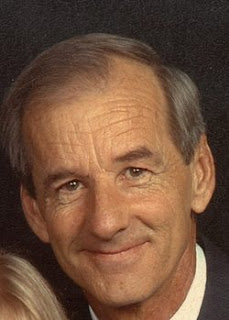 Alan was born April 5, 1949 in Neosho, the son of Russell and Martha (Stout) Bogle and was a lifelong area resident. He was the proprietor of Quikmate, Inc., Neosho, a manufacturer of egg coolers. He had a great interest in medical research and he and his son, Russ invented and patented a microscope. Alan was much loved and respected by his family and friends and he was a loving husband, father and friend. He was a strong Christian and devoted to the Lord in all aspects of his life and was a member of the Belfast Baptist Church.

Services will be Sat., April 28, 2018 at 10 am at the Clark Funeral Home Chapel of Memories, Pastor Ric Stiegman will officiate. Interment will follow in the Neosho IOOF Cemetery and serving as pallbearers will be Clark Bogle, John Martin, Kurt Higgins, Larry Wade, Tim Wages and Phillip Johnson. The family will receive friends Friday evening from 6 to 7 pm at the Clark Funeral Home, Neosho.

Contributions in memory of Alan may be made to the Missouri Baptist Children’s Home, c/o Clark Funeral Home, PO Box 66; Neosho, MO 64850.
Posted by Randy at 10:24 AM